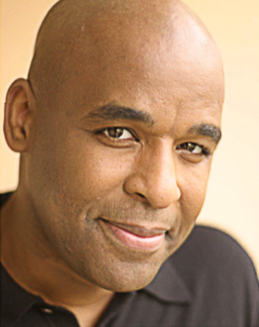 Marquis Laughlin is the founder of Acts of The Word Ministries, a non-profit, non-denominational ministry dedicated to transforming people’s lives through the words of the Bible. As a performance artist, theologian, and missionary to the church in America, his uniquely compelling dramatic solo Scripture presentations include 7 different books of the Bible, highlighting the epic story of God’s relationship with man; Genesis, Exodus, Ecclesiastes, Daniel, John’s Gospel, Acts of the Apostles, & Revelation. 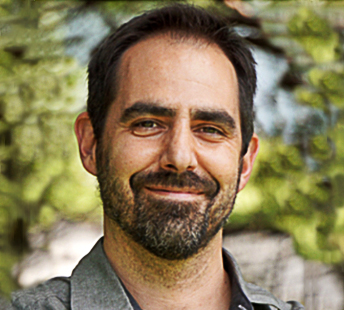 Joel Richardson is a New York Times bestselling author, film-maker, and teacher with a special love for all the peoples of the Middle East, Joel travels globally, preparing the Church for the great challenges of our time, teaching on the gospel, living with biblical hope, the return of Jesus. Joel is a sought-after prophecy teacher both in America and around the world. He is the author, editor, director, or producer of several books and documentaries, and is the host of the popular online Christian program, The Underground. Joel grew up in the Boston area and now resides in Missouri with his wife and five children. 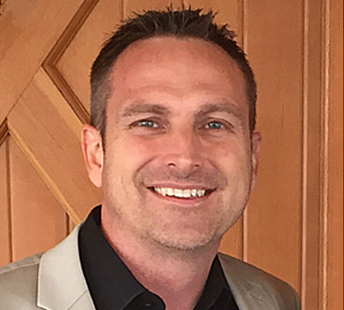 Daniel Secomb is the founder of ‘Israel, Islam, and End Times’, an Australian-based aggregated news and commentary website. The focus of his ministry is to raise awareness of world events correlating with the trajectory of End Times events predicted in the Bible. Daniel is also the editor of Culture War Resource, and Hear Our Testimony – a web based video testimony site dedicated to capturing stories of lives changed by Jesus Christ. 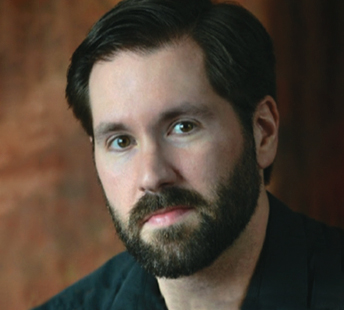 Christopher Mantei is a disciple of Jesus, married, father of two boys.  Born and raised in the suburbs of New York City, now happily lives in the Philadelphia area.  He felt a calling from the Lord at 8 years old to serve Him and love His return.  Christopher has been immersed in God’s Word- particularly the prophetic scriptures – for the past 30 years. He has experienced Church in the Catholic, Protestant and non-denominational traditions. Currently serving as Associate Pastor at Iron Faith Fellowship in Wilmington, Delaware and as co-Pastor of the revolutionary Endtime Church. 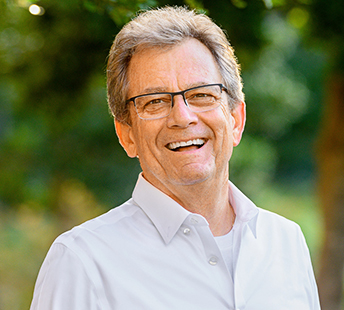 Persecuted believers have become the new face of genuine Christianity. Christian persecution is at an all-time high globally. But that’s not the whole story. A new Jesus movement is erupting around the world, and persecuted believers are leading the way.” With those startling words, Tom Doyle pulls back the curtain on the headlines from the Middle East. Tom is a master storyteller, Middle Eastern missionary, and champion for the gospel of Christ. Best known for his captivating best-selling books “Dreams and Visions”, “Standing In the Fire”, and “Killing Christians”, Tom goes behind the headlines to detail miraculous stories from the very center of world persecution. 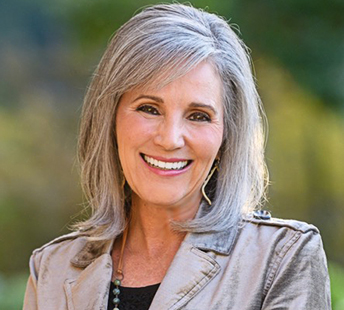 JoAnn Doyle and her husband Tom have been married for 37 years and have 6 children and 4 grand children. JoAnn was a pastor’s wife for 20 years before God called the Doyle’s into full time mission work in the Middle East, Central Asia and North Africa for e3 Partners in 2001.

What surprised JoAnn most of all is that soon after she began her work in the region God birthed in her a heart for the women of the Middle East and especially Muslim women. “I was not in the least attracted to them and their needs but soon God broke my heart for them. I was truly able to see them through our Father’s eyes.” 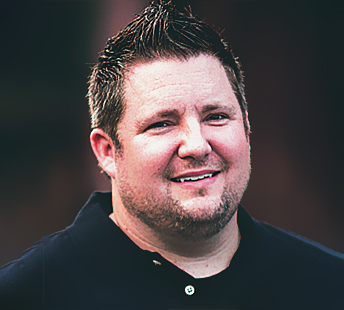 Jake McCandless is a senior pastor in Springdale, AR and a co-pastor of the online Endtime.Church. He’s an award- winning author with his book, “Spiritual Prepper.” He’s the Executive Director of Stand Firm Ministries and Prophecy Simplified. He has a B.A. in Bible and Pastoral Studies from Central Baptist College and an Advanced Masters of Divinity from Southwestern Baptist Theological Seminary. He hosts the Nashville-produced podcast, “Hold On.” His latest book is “Invincible: A 40-Day Journey to Build Your Confidence in God” 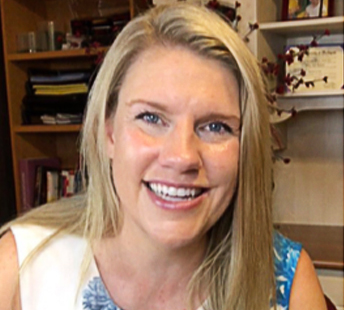 Dana holds her Masters Degree from a Theological Seminary and a Bachelor’s Degree from the University of Michigan. She is the author of the five star peer-reviewed book: “Is Revelation for the Church?” This practical ebook is the first in a series “Debunking Common Myths about the End Times.” Dana is passionate about teaching on End Times Bible prophecy and isn’t afraid to tackle controversial topics such as the Timing of the Rapture and the Sign of the Return of Christ. She is the host, writer, and producer of her viral YouTube channel “Wisdom Calls.” She has traveled around the world preaching and teaching from open- air tent meetings in India, to training Messianic believers in Israel. 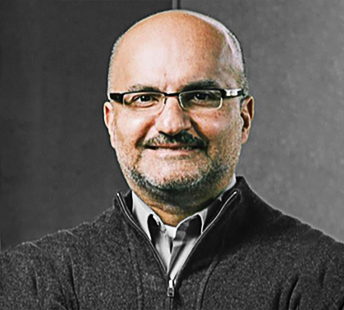 Al Fadi is a former Wahabbi Muslim from Saudi Arabia. He is the researcher, editor, writer, and translator for numerous ministries, including “Answering Muslims” which is an outreach ministry designed for non-Muslims and Christians.

In 2015, Al founded The Center for Islamic Research and Awareness (CIRA), a ministry dedicated to introducing Muslims to the Gospel of Jesus Christ.

In a collection of videos online at cirainternational. com Al Fadi discuses his personal testimony, speaks on Christian apologetics, and adresses other topics such as Sharia Law and women according to Islam. 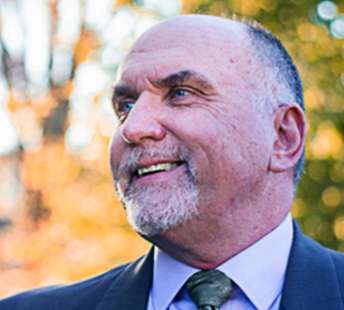 Nelson Walters is the Director of the Gospel in the End Times Ministries, dedicated to helping the Church fulfill her God- ordained call in the Last Days. He is the author the books Rapture: Case Closed?, Revelation Deciphered, and 70 Times 7; as well as the DVDs Dawn of a New Day and How to Prepare for the Last Days – The MOVIE. He maintains a popular blog and YouTube channel voted one of the top 25 End Times Blog on the net. 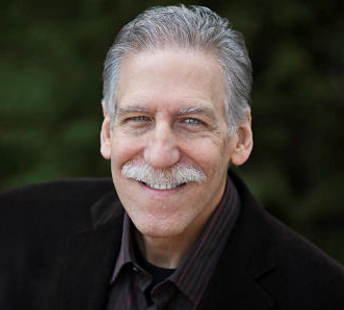 Michael L. Brown is the founder and president of AskDrBrown Ministries and of FIRE School of Ministry in Concord, North Carolina, and host of the daily, nationally, syndicated talk radio show, the Line of Fire. He also hosts TV shows on GOD TV, METV (in Israel and the Middle East), and NRBTV.  He became a believer in Jesus in 1971 as a sixteen year-old, heroin-shooting, LSD-using Jewish rock drummer. Since then, he has preached throughout America and around the world, bringing a message of repentance, revival, reformation, and cultural revolution.

Dr. Brown is the author of more than 35 books, including, Our Hands Are Stained with Blood: The Tragic Story of the “Church” and the Jewish People, which has been translated into more than twelve languages, the highly-acclaimed five-volume series, Answering Jewish Objections to Jesus, commentaries on Jeremiah and Job , and numerous books on revival and Jesus revolution.

Dr. Brown is a national and international speaker on themes of spiritual renewal and cultural reformation. He is widely considered to be the world’s foremost Messianic Jewish apologist.